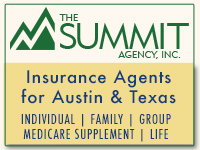 On Tuesday, Representative Joe Courtney (D-CT) introduced H.R. 2050, legislation to repeal the PPACA’s Cadillac Tax, which will impose a 40% excise tax on health plans that exceed certain cost thresholds beginning in 2018. The Cadillac Tax was a late addition to the health reform law and was billed both as a cost containment measure to deter overly generous benefit plans and as a revenue raiser to defer part of the health law’s costs. The tax is due to go into effect in 2018, but the planning process for how to implement the tax has already begun with the IRS, including initial guidance released in February. Leaving no time for waste, policy wonks, including yours truly at NAHU, and now Congress are getting involved in finding ways to prevent the tax from being implemented as planned.

Specifically, the law calls for a 40% excise tax on the amount of the aggregate monthly premium of each primary insured individual that exceeds the year’s applicable dollar limit, which will be adjusted annually to the Consumer Price Index plus 1%. Given that pace of healthcare growth, beyond that of general inflation, this means that the tax is destined to outgrow itself in short order. Mercer estimated that a third of employers will be subjected to the tax when it’s set to kick in and by 2022, 60% of employers will be hit. In 2018, when the provisions are due to go into effect, employee-only coverage will be subjected to the tax for any value over $10,200, and “other-than-self-only” coverage will be taxed for any amount over $27,500. The tax applies for both fully insured and self-insured group plans and is not tax deductible. Because of these limits, and the tax by its very nature, many policy wonks are concerned that this will deter employers from even offering coverage.

The Cadillac Tax is a provision that will particularly impact union groups and other employees that may have agreed to significantly more generous benefit plans in exchange for lower salaries. Because of this, the tax was immediately unpopular among unions, a core constituency for Democrats. It is no surprise then that the repeal of the Cadillac Tax is one of a handful of bills in Congress to repeal provisions of the PPACA that is led mostly by Democrats. When introduced, 65 Democratic members of the House had already signed on as original co-sponsors, representing more than a third of the delegation. Three Republicans have also signed onto the bill so far, Representatives Chris Gibson (NY-19), Leonard Lance (NJ-7) and Frank LoBiondo (NJ-2).

Despite the initial support out of the gate, repealing the Cadillac Tax will not be an easy lift. President Obama has so far not expressed interest in repealing it, arguing instead that it is needed for its intended cost-containment purposes. It will also need a considerable amount of budgetary offsets to pay for the repeal, as the tax is due to bring in an estimated $87 billion over its first 10 years. Passing legislation without a pay-for has become increasingly rare, with the recently passed sustainable growth rate repeal that was only partially paid-for being one notable exception. Representative Courtney so far has not indicated any potential pay-for, meaning that the full cost of the repeal would be added to the federal deficit—making it even more unlikely to pass. While the legislation itself is unlikely to pass, it does help to begin the conversation in Washington, D.C., on how to rework the tax, either through another legislative effort or through regulations, given the overwhelming opposition to the tax as it is currently proposed.

Beyond this legislation, NAHU and other allied groups are working on our initial response to the IRS on the recent proposed Cadillac Tax guidance.